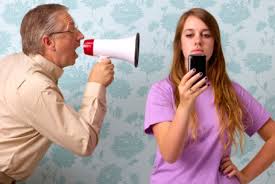 When I was growing up, both the junior high and high school I attended were ethnically diverse. This was part of the Los Angeles school system’s effort to desegregate by bussing in students from outlying areas. I wasn’t sure what it was then, but I can honestly say that one of the best things about growing up was I was exposed to the African American culture. Besides all the “yo mama” jokes (which was hilarious back then to hear guys baggin’ on each other’s mom) you would hear the word “fool” a lot. In African American culture there is a distinction between acting cool and “acting the fool”, which is a way of gaining or losing social face in the community.

What does it mean to be a fool? I’ve had a few weeks to think about how to communicate the next “type” of person in the book of Proverbs. If the vast majority cannot claim to be naive, then they must, in reality, be some kind of fool. The book of Proverbs is an instructional book intended to help shepherd the uninitiated into wisdom. In the process, we are introduced to those who are neither wise nor naive, but rather foolish as a way to tutor us into the kind of life that God intended for us to live fully. In other words, you can gain wisdom in life by watching the foolishness of others. It’s the perennial Dr. Phil question – “So how did that work out for them?” There is a spectrum of folly with no clear markers dividing one from the other but there are general categories instructing those who are listening, to learn from those who treat life casually or recklessly (by the way read Proverbs 1 in your spare time and note how “unforgiving” life can be for those who are bent on carrying out their own foolish ways).

The first “category” of fool is the person who is described in Hebrew as evil (ee-VEEL). This is the kind of person whose foolishness is connected to their pride (Prov. 14;3). Because their pride is at stake, they are easily duped or don’t give much thought to a particular action. Their pride also causes them to shut down listening to others (12:15) to the point where they do something for the sake of their will (I want to do this because it’s what I want to do). A good analogy would be to see this particular fool not as the naive child, but as the rebellious teenager who gets annoyed at others (1:7) when they try to instruct them (12:16; 15:5). They reject values because they see them as an attempt to keep them in line while they are also ready to argue about almost anything.

In people’s spiritual growth, you can pick out this kind of fool in the following ways:

What descriptions fit you? Next time: The fool who is lazy