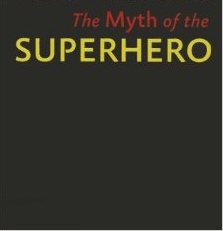 When I was young I remember my stash of comic books. I often wonder, what if I actually carefully read them and then saved them for the future knowing that they would be worth money one day. I had a lot of the old Marvel Avengers comics as well as the very first Defenders! It seemed like my dad really couldn’t understand why I liked buying comic books back then.

As a quick aside, I remember a good friend of mine, Sam Rood, making the incredible claim that Superman was not only created by two Jewish men but that Jewish people love to identify Superman as Jewish. First, he is “born” but he is not of this world. While the reader is privy to who is birth parents are, the average person in the story has no idea where he originated except that he came from the “heavens”. Second, he’s an immigrant, and often treated like an outcast who doesn’t belong. But third, he is here to save the world, to right wrong by confronting  evil. He is often put in a place where self-sacrifice is necessary in order to save people. The only thing we don’t see is his mother nagging him because he won’t make the ultimate commitment and marry Lois…

It should surprise no one that mythical stories don’t die but are told and re-told. I’m certainly not an expert in ancient mythology but it seems to be that there is a connection between the old myths and the newer fascination with superheroes as portrayed in comics. When others were saying the comic book superhero movies had run their course a few years back, my gut was that the need for a hero would fuel even more characters and stories. All you have to do is consider Hollywood’s full plate of superhero movies and television programs!  Joseph Campbell in The Power of Myth  goes so far as to write that myths are,

“so intimately bound to culture, time and place that unless the symbols, the metaphors, are kept alive by the recreation through the arts, the life just slips away from them.” (Joseph Campbell, The Power of Myth, p. 70)

Think though about the new focus on superheroes as introducing a modern way of communicating the power of myth:

1. With great power comes great responsibility. Over and over we see the value of acting virtuously. It is not something to be taken lightly but something that must be driven deep into the soul so that it comes out naturally.

2. The rags to riches hero who lived a life of vice but gets a second chance to make things right and to become virtuous. This certainly leaves some (if not all) heroes flawed. Whatever the case, these heroes “take up” your sin in the sense that we identify with them.

3. The superhero is committed to the greater good of humanity. It’s not simply “peace” but it’s a society that flourishes. Their creativity is intended to solve problems but sometimes it has the effect of creating even more problems!

4.The reluctant superhero who has to existentially discover what it means to stand out and stand for something, even if it means self-sacrifice. The greater good often comes at the cost of their own personal comfort or happiness. In some ways he represents the modern Odysseus who’s labor is unending.

5. In many cases, the hero has a vision of beauty. He places himself or herself at risk for the sake of beauty.

6. As I mentioned in another post, in some way their heroic effort is our success or failure. It’s really not the message that you can be a hero as well, but rather that in some way, our identity is wrapped up in their performance done for us.

7. There is an arc to stories where heroes die and are reborn. It’s hard to actually kill off Superman or Spiderman. Everyone knows that at some point heroes “resurrect”.

At the start of this year, I picked up Tolkien’s masterpiece The Lord of the Rings trilogy to re-read. Tolkien believed that located in the story are transcendent truths and virtues – commitment, beauty, and honor to name a few (Campbell in The Power of Myth connected ancient myths with universal themes). While these truths are “immaterial” they are nonetheless real and sensed by people. The language of myth effectively communicates these truths and virtues. What Tolkien then asserted was while other myths contain elements of both truth and error, the Christian story is historically grounded. This tremendously influenced his friend and colleague C.S. Lewis who came also to see the gospel as the one true myth.

“Now as myth transcends thought, Incarnation transcends myth (in other words, God bodily present on earth contains elements of the myth story but goes way beyond it). The heart of Christianity  is a myth which is also a fact. The old myth of the Dying God, without ceasing to be myth comes down from heaven of legend and imagination to the early of history. It happens – at a particular date, in a particular place, followed by definable historical consequences.” (C.S. Lewis, God in the Dock, pp.66-67).

To quote my son, Justin (who loves comics): “Seeing the virtue of superheroes is why [the comic book superhero] won’t die. It shows us the best of what we can become but in a way that is somehow relatable and attainable. That’s also why the Gospel will never die. Jesus Christ has taught us how to become the best of what humanity can be, what it was intended to be.” So not only is Christ the ultimate hero (see a previous blog here) but He also gives flawed people a vision the virtuous life, both full and abundant.